Skip to content
ARTICLES ABOUT THE CULTURE ARTIST INTERVIEWSJanuary 12, 2018June 5, 2019

Since his first release with Anjunabeats in 2012, London-based producer Ilan Bluestone has been quickly moving up the ladder in the international dance scene. During the Above and Beyond Group Therapy 100 show, Ilan became the first British DJ to perform at Madison Square Garden. During the Anjunabeats North American tours in 2016 and 2017, he headlined shows and debuted his latest trance and progressive tracks. Trillvo caught up with Ilan Bluestone on the importance of trance at festivals, unique DJ styles, and the debut of a new album during this year’s edition of Dreamstate SoCal in San Bernardino, California.

This was your first Dreamstate event, how did your set go? What did you think of the festival overall? Is there any other festival that compares to your experience here?

Ilan Bluestone: I think my set went really well. Obviously, there was only one hour so I couldn’t capture everything that I wanted to play, especially my new material from the album. Plus, I wanted to play a few classics that people were telling me to play on Twitter.

For a trance artist such as yourself, how important is an all trance festival like Dreamstate SoCal?

Ilan Bluestone: I think it’s amazing there is a Dreamstate such trance event, especially because you know it’s bringing everyone together as one big family. It’s what people want and because its one genre (especially with bass being so dominant right now) I think trance is coming back with vengeance. So I think it’s great!

Several trance legends that played at Dreamstate SoCal this year, were any of the inspirations during your early music career.

Ilan Bluestone: Armin Van Buuren played an amazing set, and it was a great pleasure to hang out with him and watching him play. Definitely, one that I will never forget.

There are so many trance artists that played at Dreamstate SoCal, with their own unique style and sound. How do you describe your style and sound during the weekend?

Ilan Bluestone: Well, everyone was playing over 135 BPM and onwards. I was playing around 129 BPM, which I think was kind of different speed to everyone else. I like to speed my stuff up, but I wanted to speed my stuff down so it would actually stand out quite a bit. It was great playing at 129 BPM, and I did play at 130 BPM at one point. But mostly it was 129 BPM, and I think it was just great vibes overall.

What does Anjunabeats family mean to you, and how did you represent it while at Dreamstate SoCal?

Ilan Bluestone: I think the Anjunabeats family is something I can always rely on, especially from the fan base. Great fan base worldwide, and I felt it at Dreamstate for sure. I saw many Anjunabeats fans and loads of people wearing my t-shirts, which made me feel very comfortable.

What are some of your favorite trance moments from 2017? Do you have any special surprises or plans for 2018?

Ilan Bluestone: My album…stay tuned, it’s going to be amazing! Trance moments…it’s been a crazy 2017, something which is never going to be forgotten. I’m looking forward to 2018 and making my debut with my album.

Trillvo is honored for the chance to catch up with Ilan Bluestone at Dreamstate SoCal during Thanksgiving weekend. The Anjunabeats family came out in full force for Ilan Bluestone and the debut on his new album is on the horizon. 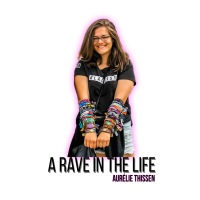