Junkie Kid drops, FIND YOURSELF / An album that deserves to be heard.

There is so much to unpack with Junkie Kid’s new album! I’m not sure how long Junkie Kid has had this album in the works but it seems as though he put infinite amounts of care into it. Most of us who know Junkie Kid’s work, know him as a hard-house legend. Paving the way for multitudes of producers in the hard dance field. What I get out of of the album, is a producer showing the world his love for the rave.

Musician, Dj & Producer born in Acapulco, Mexico. At an early age he moved to Spain for 10 years, and with the influence of djs like: Mauro Picotto, Dj Quicksilver and Dj Sammy he started to like the dance music. When he has 16 he started to produce his own techno, trance, hardstyle, house and Dutch House tracks, but some years later he found his own sound with the track “Perfect” a combination of hardstyle with house and dark melodies he called “Neo-Hard House”. –Via Insomniac 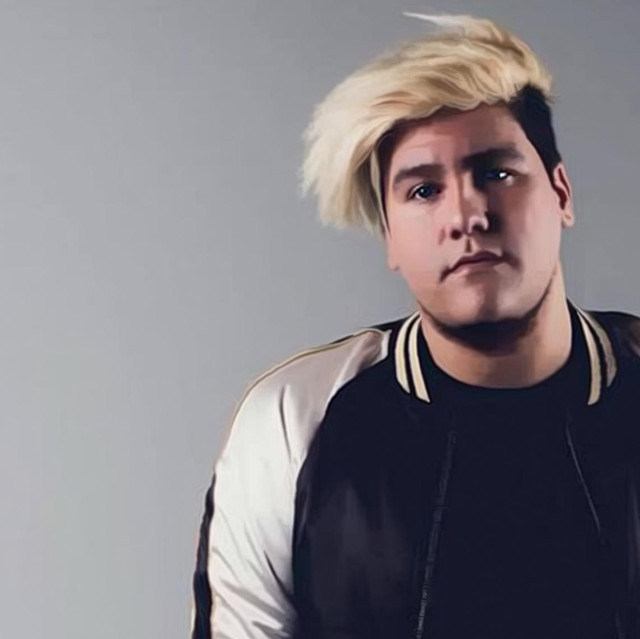 The album is so perfectly organized, it’s a steady incline from soft sounds to some of the hardest sounds you’ll hear. Junkie Kid takes the listener on a journey from start to finish. What I think is SO genius about the way he set up the album is that he can introduce people who might not be into the harder genres into those sounds by allowing the listener to play all the way through. If someone listens to the album from start to finish you are gradually introduced to harder and harder tracks before you even know it and you might discover, you love them!

junkie starts off the Album with “Dusk”, a soft and polite intro, contradictory to what we often see from the Harsh records owner; it’s melodic and full of depth but includes hard distorted kicks. “My friendly Alien Friend” has the same melodic tech house approach to the melody. “777 Skyridge”, a collab with 91X, reminds me of smoking in a loft full of intergalactic art and then feeling like you’re drifting through space itself.

“Witness” gives off a deep underground industrial rave vibe, hints of a Gessafelstein or Rezz characteristics. Distorted bass masterpiece. “Pyramid”, the 2nd collab with 91X, gives us experimental, progressive house and picks up the pace a bit as he starts introducing us into faster paced styles. It’s clear he can produce anything at this point and is just a lover of all rave music, regardless of genre. “B only”, a collab with Ribellu, gives us shuffle vibes and as someone who just recently learned to shuffle, I cant wait to try to flow to this.

Junkie is hispanic and brings so much of his heritage to the table with his music, with “Mama”, we get the hardstyle influences we know Junkie Kid so well for and vocals in Spanish. “Machete”, featuring ANG, reminds me of the big room / festival trap era prominent in 2012-2013 but still showcasing the artists love of hard sounds with an intense pickup of pace towards the end of the track. “Agua y Fuego,” featuring Equalizer, & “Tomorrow” with CALIXTO are 2 amazing tracks that displays these artists talents/love for hard sounds.

On “Two Clips” with Fasko & Bagha, Junkie gives us more of an aggressive hardstyle that is sure to pump up any crowd as vocals egg you on, “talk back, slick talk, you can say all kinda shit… i got two clips bitch!” “Choose Your Style”, is the second collab with Calixto on the album and continues the aggressive hardstyle sound as his elevation of pace continues on throughout this album. This hard hitting track is full of not only heart pounding drops but an emotional break between. This track is followed by “WTM”, the 3rd collab with Calixto on the album, these guys get together and produce heaters! WTM isn’t as aggressive as Choose your Style and cools things down a bit with an almost trappy vibe to it.

“F’d Up”, with Lujavo, is just pure madness! Complete with Junkie’s unique blend of hardstyle, trap, future sounds and an adlib we all know and love too well, “It was at this moment.. he knew… he fucked up.”

“Dawn”, Ft. Square², STARX & Nitro Fun, caught me completely off guard! Future Bass & D&B from the Harsh Records Founder. This track is beautiful. You can hear the emotion and care placed into this track. This is one of my favorite tracks on the album. Junkie closes his album with an equally beautiful track complete with the stunning vocals from Michelle Gunz, this collab with Square² incorporates more D&B sounds and a suspenseful build leading into heavy industrial monster of a drop. Junkie couldnt have picked a better track to close the album on besides “Awaken”.

10/10 Album that deserves to be heard by any lover of dance music. Check out the album below.