Skrillex remixed Pendulum’s “The Island, Pt. 1,” is pure gold and a sign of new direction!

Skrillex, who’s been quiet for some time, has been teasing his fans with little snippets of this project he was working on. If you’re a huge fan like me; from first to last days ;), you’ve been waiting for this!

As Skrillex took a step back from the DJ side, he was busy in the studio helping major artists produce amazing tracks. Musical visionaries, Gesaffelstein and Skrillex appeared as both a featured artist and a producer on “I Was Never There,” and “Hurt You,” from The Weeknds newest album. Skrillex’s influence in the making of the album’s third song, “Wasted Times,” is apparent in his production credit.

Okay, now back to this song! Steel drums and trumpets draw in your attention in within seconds. The lyrics have you vibin and bobbing your head to the beat, probably thinking is this going to build up to his well known bass drops. Instead it’s a totally different style that he does and still leaves you saying “yess oh my god!!!” Still very Skrillex style but just not as heavy. Honestly, I’m digging this new style he is giving us! Let’s just hope we see more of Skrillex because we missed him. Land that spaceship man.

For more Skrillex, check out his socials: 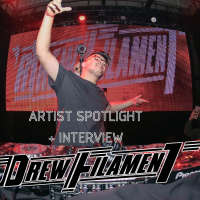