GrimeFest Takes Over Austin Once Again!

GrimeFest made its way back to Austin, TX over the weekend to bring some nasty riddim, heavy bass, great vibes, and a bunch of bass lovers working their hardest to break their fucking necks. The event was held at ScratchHouse on 7th street in downtown Austin once again.

The amount of killer sets that were played at GrimeFest this time around were insane. The night started off with Lazy K on main stage and a B2B with locals artists Gizmo and Freakmeowt on the patio, and from there the night just got more wild with every set.

Let’s talk main stage, for starters, Symbiotic B2B SweetTooth. These two killed it, from start to finish. When these boys come together, you can feel a shift in energy in the crowd. They even killed with their finger gun shootout they had during their set. The stage presence here between the two is what stuck out most to me. 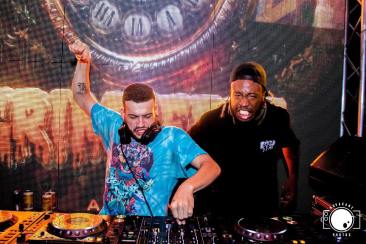 Then we had Codd Dubz, who earlier in the night played a deep-set on the patio now took the stage for a chop set, and listen, typically chop isn’t something I am dying to see (on a personal level), but when Codd surprises you by bringing out Cromatik, you listen. The two vibe so well together with high energy, dropping unreleased tracks, and cheering each other on. Many say this was the best set of the night.

You knew every time Cromatik dropped a track because Codd Dubz would be flipping out on stage! – Rob Caldwell

Codd Dubz isn’t the only artist who brought someone out to join, Somnium Sound also brought out Holly out mid way through his set, who is one of my favorite up-and-coming artists out their right now, and boy was it on after that. If you don’t know who Holly is look him up!

Yakz closed the main stage and boy did he ever. I was so torn between my time, because on one hand I wanted to watch Yakz, but found myself running back and forth between mainstage and the patio to watch Rizz0, who not only closed the patio stage, but tore it down and set it on fire. His set was definitely one of the favorites of the night. I may not have been able to catch-all of Yakz set but I knew it was fire from what I heard of it.

One of my personal favorite sets of the entire night was a Houston local who goes by the name Saratonin. Never having heard of her, I didn’t really know what to expect, but lets just say she gained a new fan. Her set banged so hard! I think what I loved most about her set was that I was standing around a lot of the artist who were playing the show, and they were all hyped over her set and showed so much respect. Which is great to see anytime an artist supports another artist!

Between Saratonin, Rizz0, and Codd Dubz deep-set that outside stage was on fire the whole night. However, they weren’t the only ones who contributed to the madness. Earlier we talked about Gizmo B2B freakmeowt and though they were the opening set of the night, the people who made it in time to see know these two killed it! Finally, we have to at least mention Mask & Freed who’s set on the patio was absolute fire.

We mentioned last time that the venue in Austin where GrimeFest is put on, though a great venue, may be a little small for this particular show. Their was more room this time around than last, but a tad more square footage will really send this event over the edge. If you have yet to attend any of the Texas GrimeFest shows, I want you ask yourself, “Am I living my best life?” I think not! 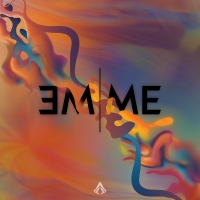