STUCA is a name we have been hearing a lot of in 2020. He dropped his INCINERATE EP on Never Say Die earlier this year, he regularly releases new music on his label Jadū Dala, he has appeared at festivals and events around the globe including Lost Lands 2019, and Couch Lands just last week. He is known for his heavy bass sounds and industrial soundscapes, and brings a truly unique sound to any track that he touches. For his newest single, “Need Me (feat. Steven),” out now on Jadū Dala, he has partnered with up and coming bass music producer EUGENE to create a track full of power and emotion, something we all can hopefully connect to in some way during these trying times.

This isn’t the first time the duo has teamed up for a track. The two artists unique sounds really come together and complement each other nicely, and I think they have really found their stride with “Need Me (feat. Steven).” We can surely expect more amazing music from these two in the future, but for now “Need Me (feat. Steven)” is available on most streaming platforms, and you can follow both STUCA and EUGENE below if you want to hear more. 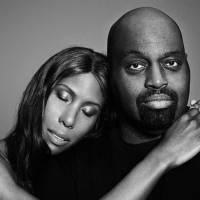