Kompany Will Make You Feel It All With His New Single

Kompany sure is making the best use of his time during this pandemic, and his newest single speaks to that too. “Feel It All” is an emotionally charged feels trip that blasts you with melodic bass, until thrusting you into some wubby dubstep goodness. We were a little skeptical to see Kompany doing such a different spin on what we’re usually used to hearing from him, but this one’s a worthy listen as the vocal really grabs your attention with those enticing lyrics. Kompany himself even had a few of his own things to say about this track, so check it out for yourself in the video below!

If you saw the video then you’ll have an idea of what to expect from this track. It’s very personal to Kompany as you can tell, but it’s one that’s sure to have an effect on you. Especially if you’re prone to going on a feels trip. We’re excited to see what music Kompany brings forth to the fold, and we can’t wait to see what he has in store for us next time.

Kompany · Feel It All

For more Kompany, follow him on his socials below 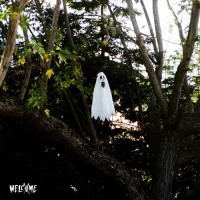